When someone dies, they often leave a gaping hole in their wake. When they are loved by many, the hole is even bigger. Nigeria’s movie industry has suffered several heart-wrenching deaths in the last decade. Sikiru Adesina, a.k.a Ajigijaga and Arakangudu (real name, Mufutau Sanni) are some of the losses that ripped the heart of the industry.

Here’s how we remember these two amazing Nigerian men of film, Ajigijaga and Arakangudu: 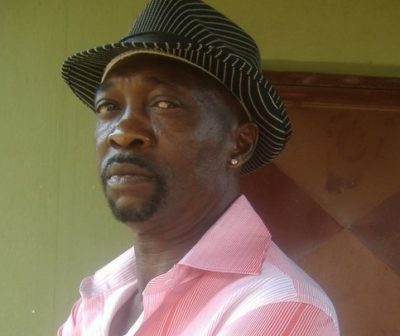 Ajigijaga, real name, Mufutau Sanni, died in July 2015. And there’ll never be any like him. For someone who consistently played the role of a bad guy, he has been described by many as kind and soft-spoken. They have also described him as vastly different from the characters he became famous for playing. It was without doubt that Mufutau Sanni was special.

His gift and talent helped him carve a niche for himself in the Yoruba speaking part of Nollywood. Getting into the movie industry in 1981 after a successful service with P&T (now NITEL), he became the go-to bad guy for Yoruba movies.

During his lifetime, he was a member of The Golden Movie Ambassadors of Nigeria and Guild of Actors, Directors, and Producers in Nigeria. He is remembered for his roles in movies like “Opolopo-Opolo” and “20 Million Dollars”. Popular Nigerian rapper, Reminisce released a song in 2018 inspired by the roles Mufutau Sanni had played in Yoruba films titled, “Ajigijaga”. In the song, he talked about being a bad guy.

Ajigijaga was still actively working on projects when he suddenly died on July 31, 2015. He was recovering from a motorcycle accident he got involved in. He had just celebrated his 60th birthday a few weeks before his death and was expecting his last son with his wife, Taiwo Olaseinde. 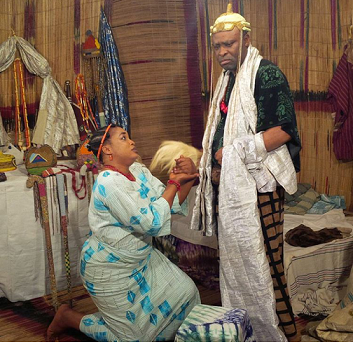 Sikiru Adesina will forever be known for his iconic nickname, ‘Arakangudu’ and his distinctive baritone voice. He was more than just an actor, he was a film director and a producer.

He was popular for playing the role of a herbalist, armed robber, bad boy and occultist in Yoruba movies. In 2015, after taking time off the screen and moving to Kaduna, he made a comeback in “Ayaba Oosa”. The film was written and produced by Yetunde Abubakry and directed by Okiki Afolayan.

He is remembered for his roles in movies like “Ogbologbo”, “Oju Odaran Re”, “Agbede Ogun”, and many more. During his lifetime he appeared in more than 50 movies and produced a few. Some of the movies for which he has producer credits include, “Iya Oko Bournvita”, “Ilu Gangan”, “Idunnu Mi”, “Ogbologbo”, “Iya Oju Ogun”, “Agbede Ogun”, “Ere Agbere”, and “Aje Olokun”.

He died in his home in Kaduna from an asthma attack at a young age of 45 in February 2016. Arakangudu was shooting his own movie at the time and preparing to add yet another work of art to the movie industry.