The beauty of DStv Catch Up is the awesome way it allows DStv customers not to miss any of their favourite shows while going about their hustle. You can get back after a crazy day, hit the Catch Up button and watch all missed shows.

Here are 6 movies you may have missed:

Catch some laughter in this hilarious crime comedy, The Hustle featuring Anne Hathaway and Rebel Wilson. Two con-artists, one low on rent and the other high-class team up to take down the man who wronged them

Child’s Play is a horror movie culled from the famous Chucky movie. After moving to a new city, young Andy Barclay receives a special present from his mother, a seemingly innocent Buddi doll that becomes his best friend. When the doll suddenly takes on a life of its own, Andy unites with other neighbourhood children to stop the sinister toy from wreaking bloody havoc. 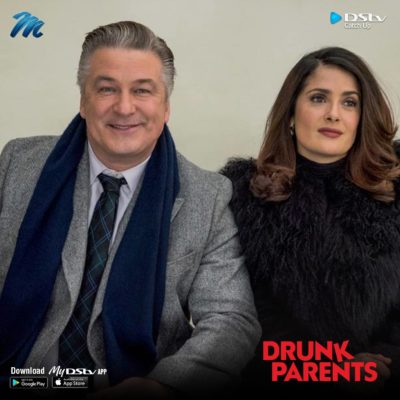 Drunk Parents, Alec Baldwin and Salma Hayek star in this comedy. After sending their daughter to college, functioning alcoholic parents attempt to hide their financial difficulties from her

The kids are not left out, they and also Catch Up on Kung Fu Panda 2. When the murderous Lord Shen threatens China with a terrifying new weapon, Po must face a truth he never expected and defeat Shen for the good of Kung Fu.

Are you a lover of mystery, then Radio Silence is for you. A relationship therapist, Dr. Jill Peterman with a popular call-in radio show has the world turned upside down when a caller commits suicide.

The M-Net Movies Presents Tom Cruise, a special celebration to a magnificent cinematic career that has spanned four decades is on and in full gear. If you have missed out on some of the movies, then let’s remedy that with DStv Catch with movies like; Mission: Impossible 1 and 2, Top Gun, Rain Man, Oblivion, Collateral Damage and lots more.

The post DStv Catch Up Is On Fire! Don’t Miss These Amazing Content appeared first on Nigerian Entertainment Today.