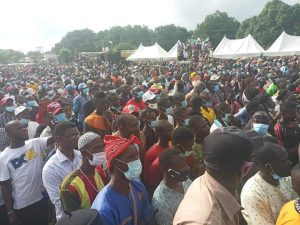 A massive crowd was on hand to witness the All Progressives Congress (APC) governorship campaign rally which held at Fugar, Edo North.

The All Progressives Congress is expected to be one of the leading parties in the Edo State governorship election scheduled for September 19, 2020.

Pastor Osagie Ize-Iyamu is the APC candidate and will be slugging it out with other candidates for the votes of the people.

The party took its campaign to Fugar, Edo North, and a massive crowd, which it claimed to be organic, was on hand to welcome them.

The APC alleged that the crowd which witnessed its campaign rally will give the Peoples Democratic Party (PDP) and its candidate, Godwin Obaseki sleepness nights.

Watch the video below.

Fugar, Edo North fully for APC. And the crowd is organic. This will give PDP sleeplessness

Fugar, Edo North fully for APC. And the crowd is organic. This will give PDP sleeplessness

And see the photos too. 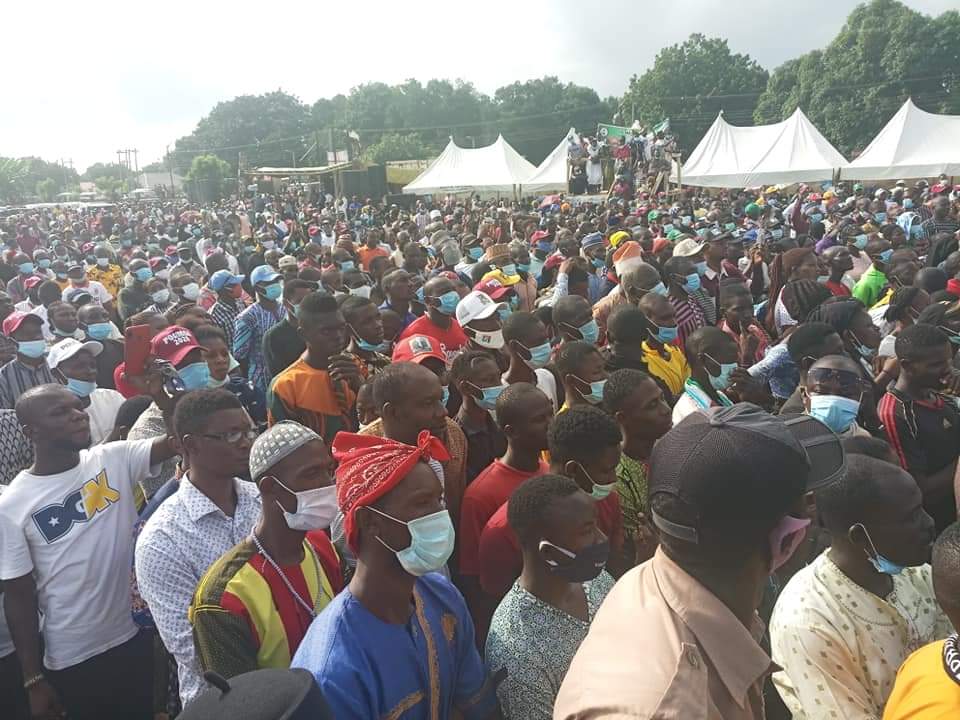 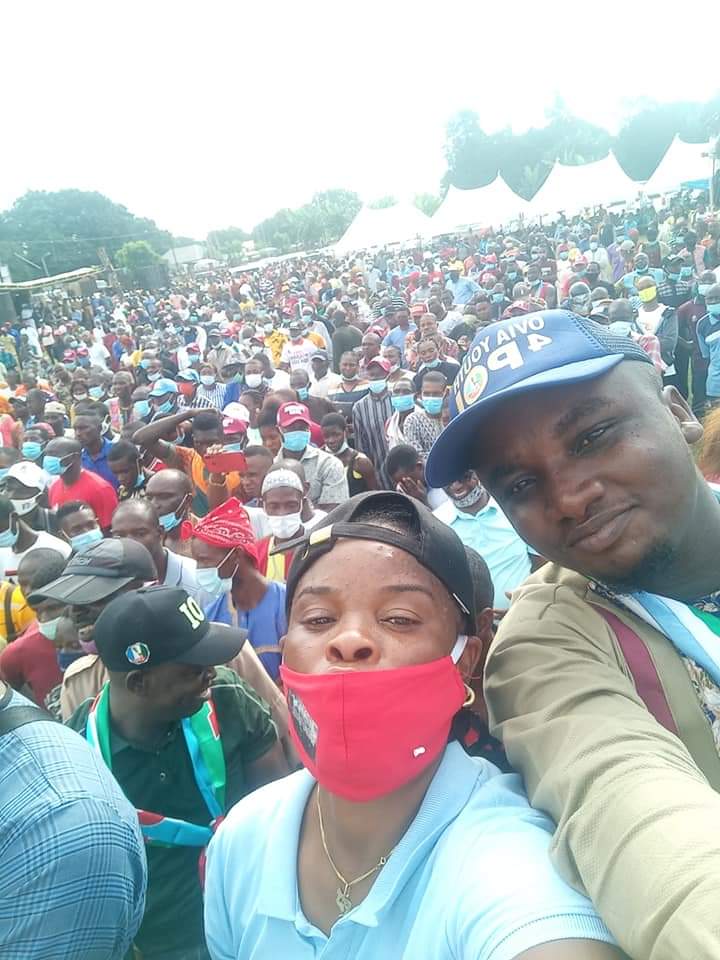 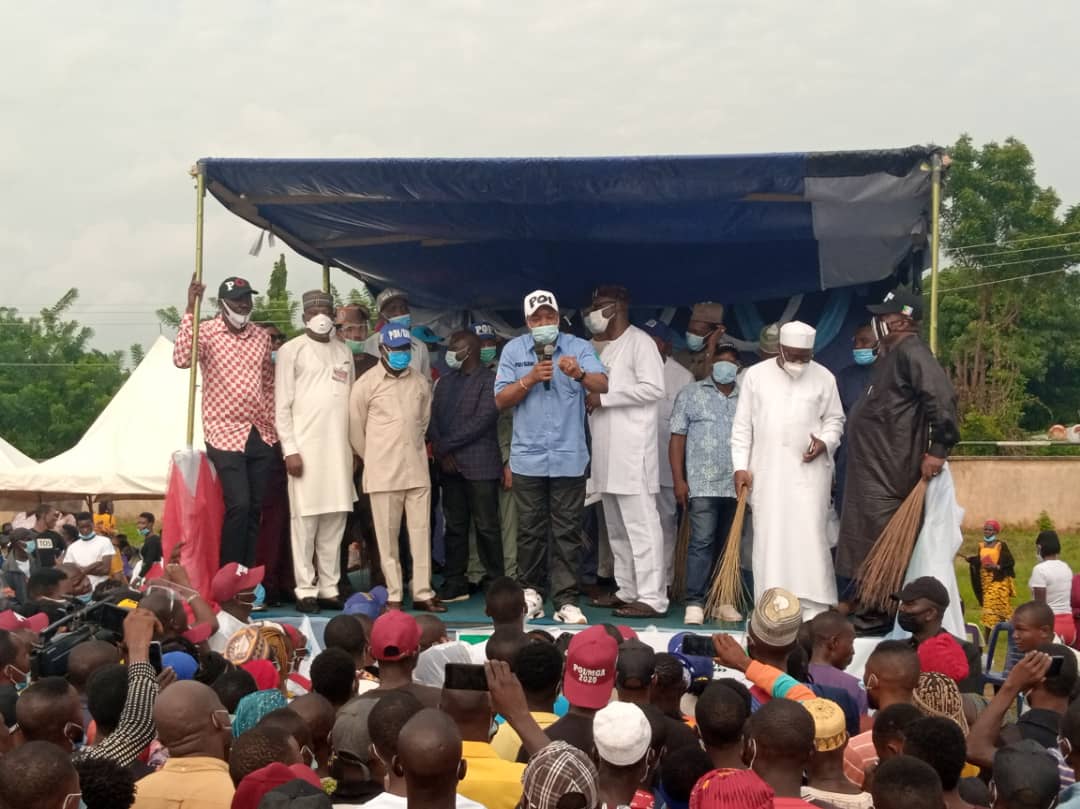 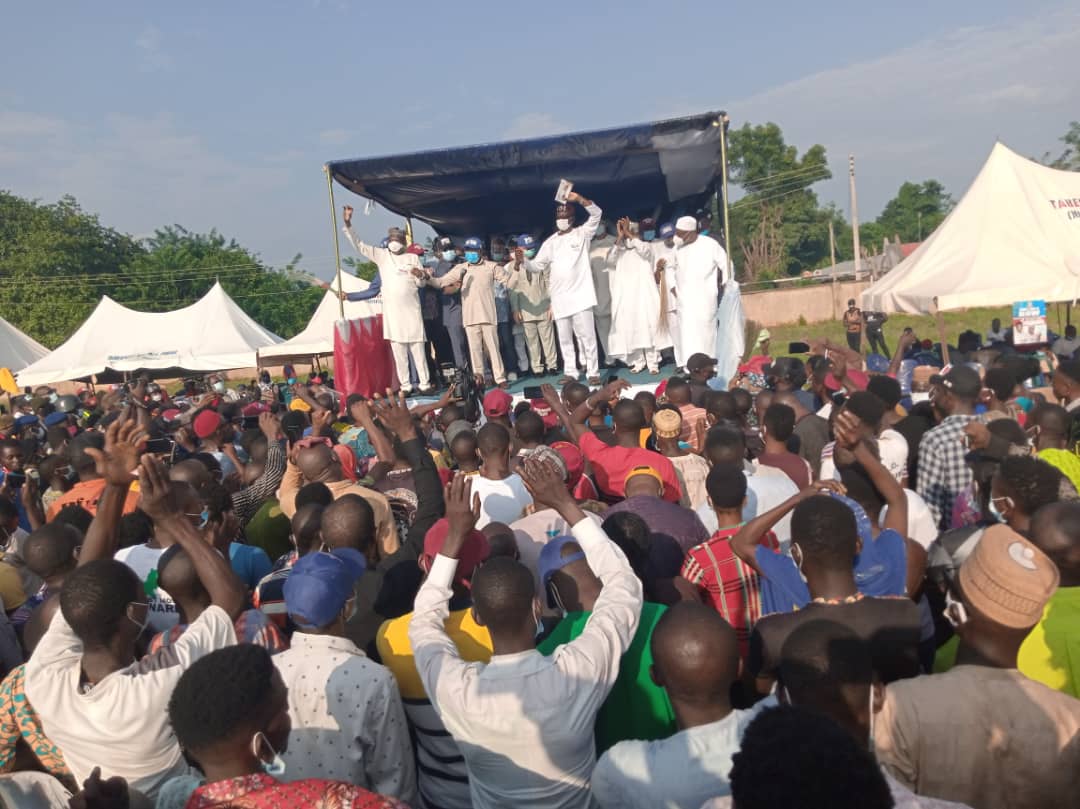